*Thanks to the Publisher for providing an ARC in exchange for an honest review.*

Hey Unicorns! It’s Lori, and I’m back with an honest review of my most anticipated novel….Ace Of Shades. Happy Tuesday, everyone!

I also wanted to try breaking down my reviews into sections, as in Plot, Characters, Rep etc. Bare with during this mini transition. I hope you enjoy the little change….here we go.

Welcome to the City of Sin, where casino families reign, gangs infest the streets…

and secrets hide in every shadow.

Enne Salta was raised as a proper young lady, and no lady would willingly visit New Reynes, the so-called City of Sin. But when her mother goes missing, Enne must leave her finishing school—and her reputation—behind to follow her mother’s trail to the city where no one survives uncorrupted.

Frightened and alone, her only lead is a name: Levi Glaisyer. Unfortunately, Levi is not the gentleman she expected—he’s a street lord and a con man. Levi is also only one payment away from cleaning up a rapidly unraveling investment scam, so he doesn’t have time to investigate a woman leading a dangerous double life. Enne’s offer of compensation, however, could be the solution to all his problems.

Their search for clues leads them through glamorous casinos, illicit cabarets and into the clutches of a ruthless mafia donna. As Enne unearths an impossible secret about her past, Levi’s enemies catch up to them, ensnaring him in a vicious execution game where the players always lose. To save him, Enne will need to surrender herself to the city…

And she’ll need to play… 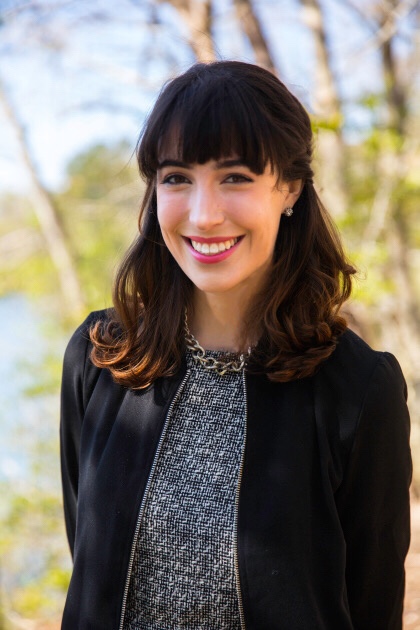 Amanda Foody has always considered imagination to be our best attempt at magic. She holds a Masters in Accountancy from Villanova University, and a Bachelors of Arts in English Literature from the College of William and Mary. Currently, she works as a tax accountant in Philadelphia, PA, surrounded by her many siblings and many books.

“If you must visit, reader, then I implore you: remain only on the South Side. Do not cross the Brint. Do not believe their smiles. Do not stray into their lairs. Or you may never come out.“

The city of sin known as, New Reynes has an alluring, and dangerous atmosphere that will pull you in before you have the chance to rethink your choice.

The book did have a few flaws and plot holes left unanswered that are questionable, but overall it was an okay read. Even though I didn’t love it or completely dislike it, I admit that each chapter was addicting.

At first you’ll get a bit disoriented with all the information she’ll be giving all at once. For Instance, the history and description of the political affairs of the New Reynes.

We learn that there was a revolution that took place 25 years ago where the Mizers, who were monarchists, had ruling families in the kingdom who were slaughtered, along with other radical families who supported them.

I wish she elaborated on the political parties, and crime families she mentioned a bit more. She would mention it, then quickly change the subject after. Which felt a bit rushed since we weren’t properly introduced. I’m like “Ummm..ok? Elaborate more on this huge topic you just dropped on us, so we could understand or don’t mention it at all??”

Also, Amanda didn’t properly execute certain scenes, many were questionable. We’re expected to accept the situation without question which wasn’t quite appealing for me.

I don’t want to elaborate more because *spoilers*.

In the book it also mentions the phrase “Mucking” in numerous occasions, which we assume to be a cussing word? It grew annoying & over used to be quite honest. I’m sure the Author had a reason to do so, maybe to create her own word for her world, but the whole time I was thinking use the damn cuss word already.

I LOVE the diverse rep, especially Black Bisexual Protagonist in this book. I also admire the feminist undertones within the book about Women not needing a man & normalizing female pleasure because it’s not only for men. Within today’s society Men are the default when thinking of self pleasure & women are often overlooked or scrutinized. 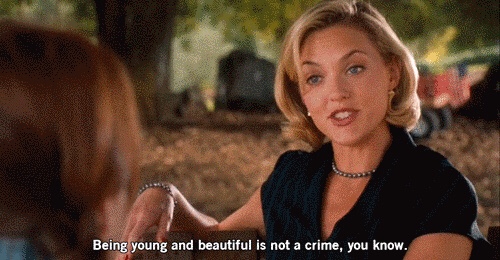 Her writing is simple and sweet, yet offers the audience so much within a few sentences. I admit that the world building does need a bit more work, but personally the characters & idea of New Reynes made it enjoyable. You can envision each scene the characters are in, but on a huge scale like the city itself, is a bit difficult. I had to refer to the city map a few times.

The magic/talents in this world was SO interesting by the way! I loved the creative idea of blood and split talents.

I also thought the relationship between Enne & Levi was a bit cliche and random. I felt that the mutual attraction between Levi & Enne was a bit forced into the story to have romance. Plus the sexual tension between them was pretty HIGH at times & when those scenes seemed sudden and completely out of nowhere??

Although, I do enjoy a bit of romance & sexual tension between characters, but WOW what a coincidence, two people of opposite genders get close & BOOM they HAVE to be attracted to each other.

I want to mention that Levi is a character who has a tough exterior with a soft & caring interior which are my favorite types of characters I just love. He wasn’t afraid to show his soft and caring side despite male masculinity having to be proven as strength.

Enne, the protagonist I thought was a bit difficult to resonate with personally and annoying at times, but her character development was refreshing to see.

I give recognition to Amanda for her great character developments though. Each character learned a lesson & grew.

Sadly, this novel didn’t live up to my expectations despite the hype around it. Amanda had so much more potential & I wish she would’ve showed us more of it. I’m aware of this being the first novel in the Shadow Games Series, so maybe the sequel will be better.

Lori’s QOTD: If you entered the City Of Sin, which gang would you be apart of? Doves: The Assassins, Scarhands: The Seller Of Information & Forgery, or The Irons: The Cheat Gamblers?

10 thoughts on “♦️Are You Brave Enough To Enter The City Of Sin?♣️”