Well there is an upcoming novel, AMONG THE RED STARS that is releasing October 3rd, 2017. This novel features a badass all Female Aviator group during World War ll with objectives to kill Nazi’s. How does that not sound appealing?

I got the opportunity to Interview the Author Gwen Katz! It was such a pleasure to be a host and have a wonderful guest. Enjoy!

World War Two has shattered Valka’s homeland of Russia, and Valka is determined to help the effort. She knows her skills as a pilot rival the best of the men, so when an all-female aviation group forms, Valka is the first to sign up.
Flying has always meant freedom and exhilaration for Valka, but dropping bombs on German soldiers from a fragile canvas biplane is no joyride. The war is taking its toll on everyone, including the boy Valka grew up with, who is fighting for his life on the front lines.
As the war intensifies and those around her fall, Valka must decide how much she is willing to risk to defend the skies she once called home.
Inspired by the true story of the airwomen the Nazis called Night Witches, Gwen C. Katz weaves a tale of strength and sacrifice, learning to fight for yourself, and the perils of a world at war.

1. What is a significant message you’re trying to give people who read this book?

2. Which character can you relate to on a personal level the most and why?

Gwen: I guess Valka is an obvious choice, but I really did put a lot of my attitude into her. Valka is a very independent person.

3. How is the writing process on this book? Who/what motivated you to continue writing?

Gwen: My father-in-law got really excited about this project and told everyone I was writing it, so I was obligated to either finish it or disappoint everyone.

4. Who/What inspired the names of Valka, Iskra and Pasha?

Gwen: Valka was originally Valya, but there was a Valya in another book, so we had to change it. I liked Valya because it sounds like “valiant.” Iskra means “spark.” In the early communist era all these parents were making up revolutionary-sounding names to give their children. I just thought Pasha was cute, but my husband pointed out Latin patior, pati, passus sum, “to suffer.” Not that I would ever make a character suffer!

5. What was your favorite scene to write throughout the novel? (Without spoilers of course haha)

Gwen: I love writing action scenes! But I also really enjoyed writing the scenes where the girls are just hanging out together. In YA we don’t see a lot of girls just spending time together and enjoying each other’s company.

6. If you were to sort Valka, Iskra and Pasha into Hogwarts houses, which would they be in?

Gwen: Valka has that Gryffindor heroism. Iskra is definitely a Ravenclaw since she’s the brains of the operation. I think Pasha is a Hufflepuff.

7. If you could travel in time to experience a certain event to write about, what time period and place would you go?

Gwen: Often the times you’d want to visit personally aren’t the times you’d want to write about! With an opportunity like that, I’d want to explore some of these preliterary ancient cultures that we know so little about. I’m interested in the Scythians, for instance, but we know maybe a dozen words in their language and the names of just a couple of people. So much of their history has been lost.

8. Lastly, Do you have any upcoming novel or projects after the release of Among The Red Stars? Are you able to tell us?

Gwen: I’m working on another WWII project, but it’s going to be very different. This one is about lesbians in the Women’s Army Corps. Women joined the US Army for the first time during World War II, but homosexuality was still severely punished. So it was this unique opportunity but it was also a huge risk. I’m looking forward to sharing this story with everyone!

Gwen C. Katz is a writer, artist, game designer, and retired mad scientist easily identified by her crew cut and ability to cause trouble. Originally from Seattle, she now lives in Pasadena, CA with her husband and a revolving door of transient mammals. Her alter ego is the chimaera. She is represented by Thao Le of Sandra Dijkstra Literary Agency.

Among The Red Stars Playlist

I hope you loves have a magical day!✨

Lori’s QOTD: If you could time travel anywhere, where would you go and in which time period? 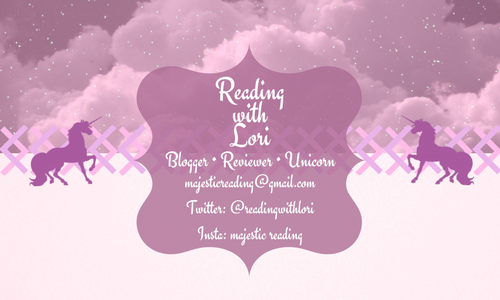 18 thoughts on “AMONG THE RED STARS Author Interview + Book Playlist!”